The Pyrenees – Pamplona – San Sebastian – San Sebastian – Gernika – Bilbao – Santander – San Vicente de la Barquera – Picos de Europa – Oviedo – Cudillero – Ribadeo – Viveiro – Santiago de la Compostela – Rias Baixa
After having crossed the Alps and the Massif Central, what was described as a daunting 27km climb over the Pyrenees turned out to be a pleasant storm in a tea cup. 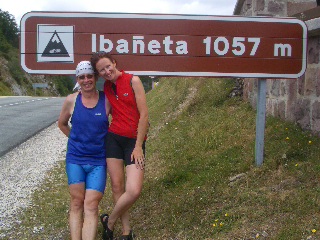 We followed the main pilgrim route to Pamplona and then branched off to San Sebastian to continue on the northern coastal camino to Santiago. The route through the Basque mountains led us up and down rolling hills, in and out of thick forests and quiet remote villages, with not a car in sight, to a camp site beautifully hidden away beside a little stream, deep enough for a swim. A cyclist’s paradise. 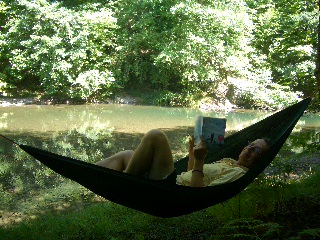 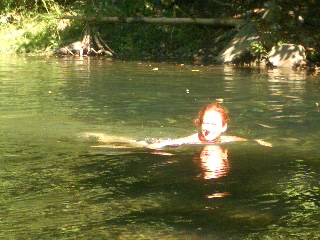 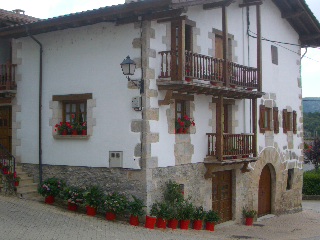 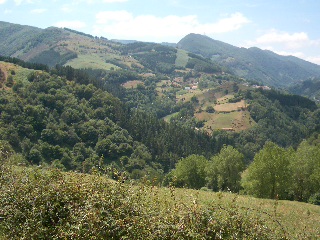 It was then time for a wee holiday on the Cantabrian Sea. It seemed as if we were not the only ones with this idea as everyone and Joe had landed to populate the beautiful La Concha beach and partake in the tasty pinchos in the numerous, crowded tabernas in the old town.

It’s no wonder the Basque country boasts one of the cycling world’s all time greats. Miguel Indurain had the perfect training ground in the Basque hills.

Our hardest climb to date on this trip was leaving San Sebastian on an unmarked, concrete road, when serious hyperventilation was just not enough to beat the incline. It’s at times like this that the 10% or even the 20% indicators are more than welcome… but it’s when there’s no sign, that’s when it’s time for colourful language! 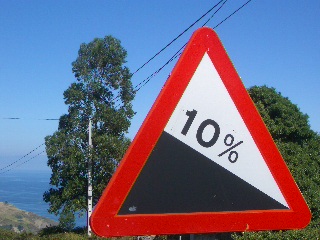 August in Spain is obviously a must do, as every square inch of camp ground is occupied. All the better for us as local farmer, Patxi, invited us to camp in the shade of his fig and pear trees, on a bed of wild mint with a panoramic view of the surrounding hamlets. That was, of course, after he hosed us down  and supplied us with home-grown tomatoes and onions.

Basque artist, Agustín Ibarrola, has an interesting project in his Enchanted Forest. He has turned the forest of Oma into his canvas by painting directly on the trees. The individual works spread over numerous trees at various distances into the forest, and so to view the image the spectator has to stand at one specific spot. Ibarrola’s aim is to show that the countryside is not unvarying but can be transformed through creativity.

The town of Gernika carries a sincere message of peace, reflecting its reduction to flames during the Spanish Civil War. Picasso’s controversial contribution to the Spanish pavillion in the Paris Expo of 1937 was inspired by the horrifying news of the bombing and depicts scenes of despair in a war torn city.

Our good friend, Gabi, joined us from Freiburg, Germany for this leg of the trip. She got a whole lot more than what she bargained for in the line of mountains, but she mastered it all, not only with a brave face, but a smiling one. Gabi’s revamped bicycle and granny’s winter knickers helped her overcome all obstacles on the way! 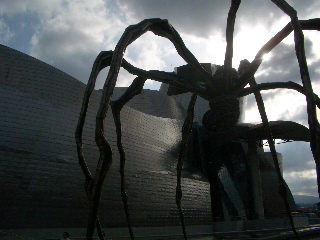 Frank Gehry’s Guggenheim museum makes Bilbao. Its dominant and spectacular location on the ría, brings life and movement to an otherwise sleepy city. A dynamic building of curves and textures, cylinders and forms, shadows and reflections is a must see for anyone who has a chance to visit northern Spain. 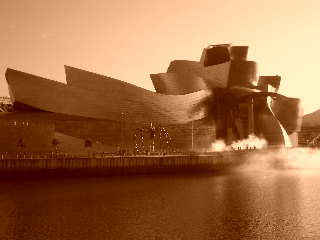 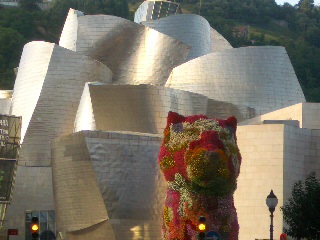 The northern camino route follows a magnificent coastline from the Basque country, through Cantabria and Asturias, into Galicia. Rías or long sea inlets, white sand beaches and rugged cliffs are of picture postcard material, while the road meanders in and out of freshly scenting eucalypt and pine forests. Here and there colourful fishing harbours are nestled in tiny coves where squid, octopus and a great variety of seafood had the dubious pleasure of landing right on our plates! 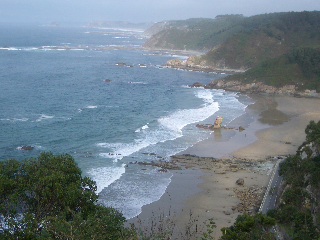 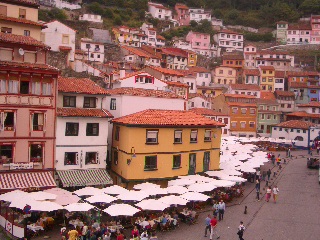 On an a la carte Camino like ours, an attraction like the Picos de Europa is a detour not to be missed. Besides the spectacular scenery and numerous gorges, Potes is home to the largest surviving piece of the original cross on which Jesus was crucified. 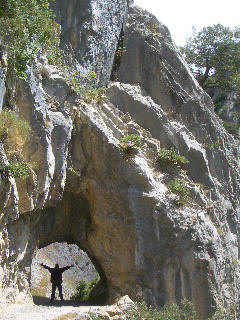 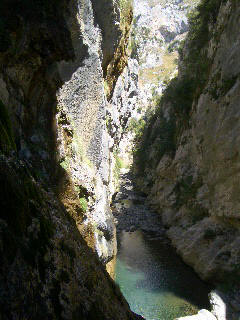 From the coast our road brought us through a 22km gorge into the midst of the mountains at Potes. Two high passes led into the León part of the national park, where the scenery changed dramatically from rusts and yellows to vibrant greens. Right in the centre, we hiked through another gorge – la Garganta del Carés – where we met a lively 4 mountain-bike enthusiasts from Madrid, equipped with GPS systems for their off-the-map escapades. On hearing that we weren’t tearing back for work on Monday… the word is out… ¡Qué bien se vive en Suiza!

To emerge from the Picos, the only way out… was up! Another two passes with yet another fantastic gorge thrown in for good measure and we were in Asturias, a fertile land with distinctive Horreos or raised granaries, and hearty bean casseroles, for that extra turbo boost. 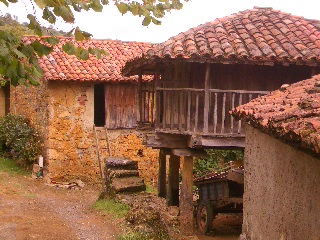 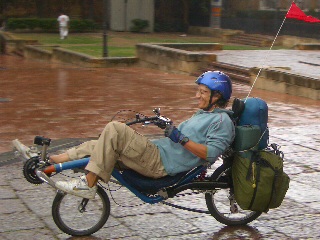 Juan, from León, was spotted outside the Oviedo Cathedral starting his maiden voyage on his homemade reclining bike.

Asturians are a proud and cheerful people who don’t feel the need to fight for independence or recognition. They are Spain. It was here that Pelayo commenced the Reconquista of Spain and now with Alonso, they even have the leader of the Formula One circus! There is a strong folkloric tradition of dance and music here, with all generations participating in the local festivities. 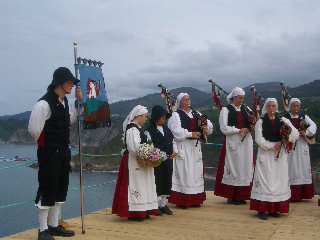 All roads in Galicia lead to Santiago but some are not as quiet as others, as the locals seem to drive wildly there and back at least four times daily! Balistic- in a word. We had to abandon the magnificent northern coast to avoid becoming part of their fatal road statistics (one a day in Galicia alone). On the inland, mountainous route the cars are absent and it’s like riding through a still frame of a documentary about places where nothing ever happens. The few locals we saw were in an expressionless trance, possibly induced by over indulgence in cabbage and curly kale,  the hypnotic effect of the countless windmills or simply the lack of a car to hurl down the road. 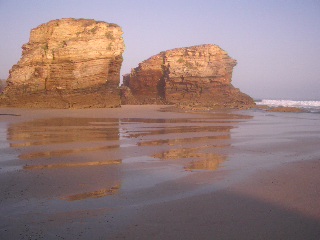 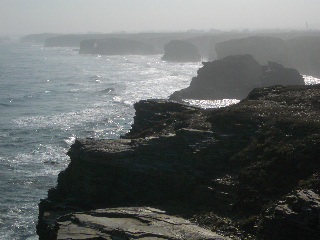 After 2740km on the road, the spires of Santiago de Compostela were within sight. We had a quiet picnic on a hill on the outskirts of town as droves of pilgrims sped past in a mad rush to their final destination, before heading back to their daily routines in Barcelona, New York, Paris and Amsterdam. Since it’s not the last stop for us, we approached it with a whole lot more composure, pondering on all the other Santiagos we may visit on this same trip.

Now, as we check out the Rías Baixas (coastal inlets) on the Atlantic Ocean en route to Portugal, it’s history all the way with remnants of Celtic settlements (castros), and neolithic burial grounds (dolmens) dotting the coastline. We have also been following the coastal entrance St. James’ body reputedly took on it’s arrival from Palestine. 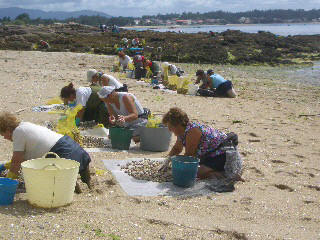 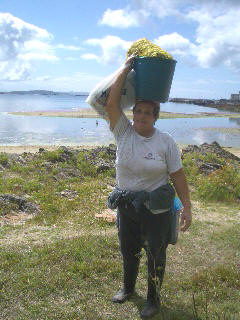 Collection of cockles on the beaches of Boiro, Galicia

The game of the week is trying to put a smile on a Galician’s face. After 5 days, Darina, with her million dollar smile and musical Hola, is leading 2-1, with Kurt disputing the first cheerful pedestrian’s place of origin!

The days of the mini skirt are sadly coming to an end! Yesterday, while innocently walking through Vigo, (not a bike in sight), we were approached by a man handing out flyers for his seafood restaurant. “Do you mind me asking you what your sport is?” he enquired, looking at Darina’s legs, “…because when I see muscles like that, I think bicycle!” Darina is since in a state of depression and is insisting on the flattest possible route from here to Lisbon. You can count on Kurt’s ability to misread the map, so he gets his fun too! The man, incidently, was none other than Italy’s own Giovanni Battaglin; 5 times cycling world champion, numerous Giro d’Italia wins and countless other victories, that he listed in his palmares. 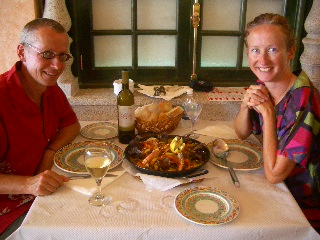 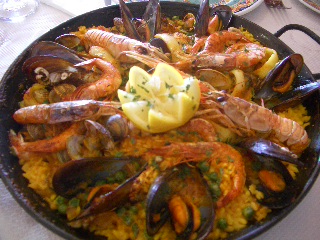 Our six weeks in Spain have been wonderful. The weather, scenery and food gelled into an overall brilliant experience. Pity we’re moving onto Portugal and South America, as so many other places here appeal. Next time…